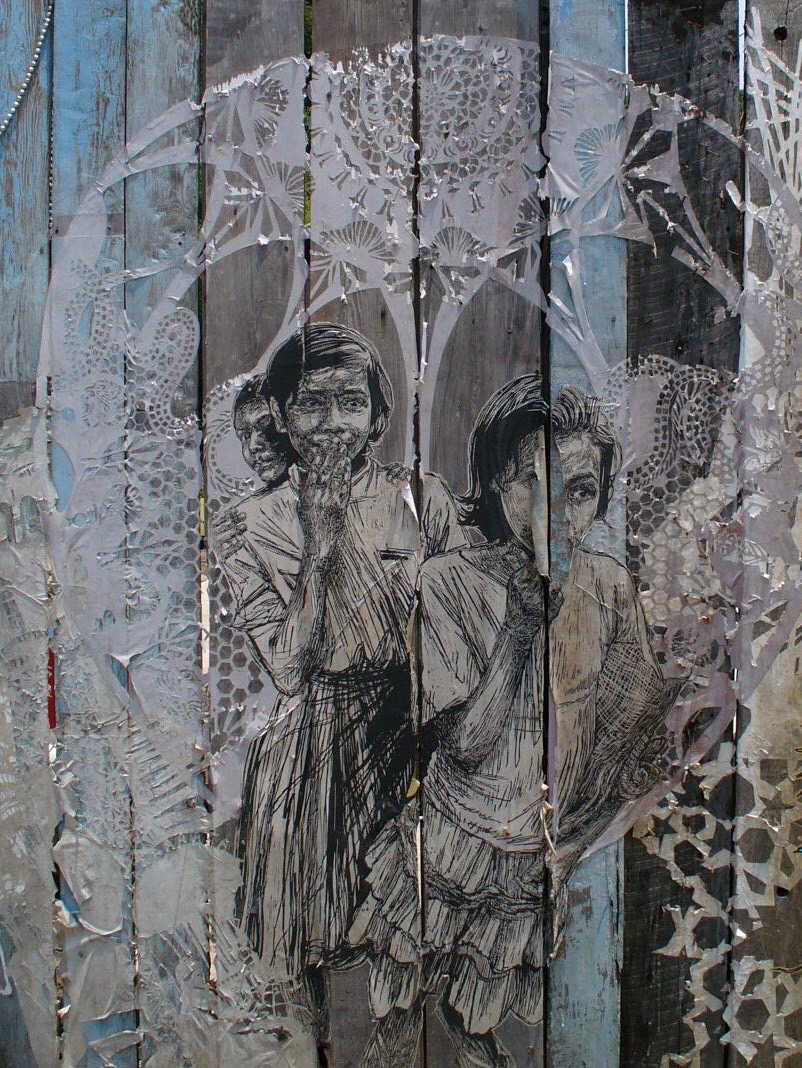 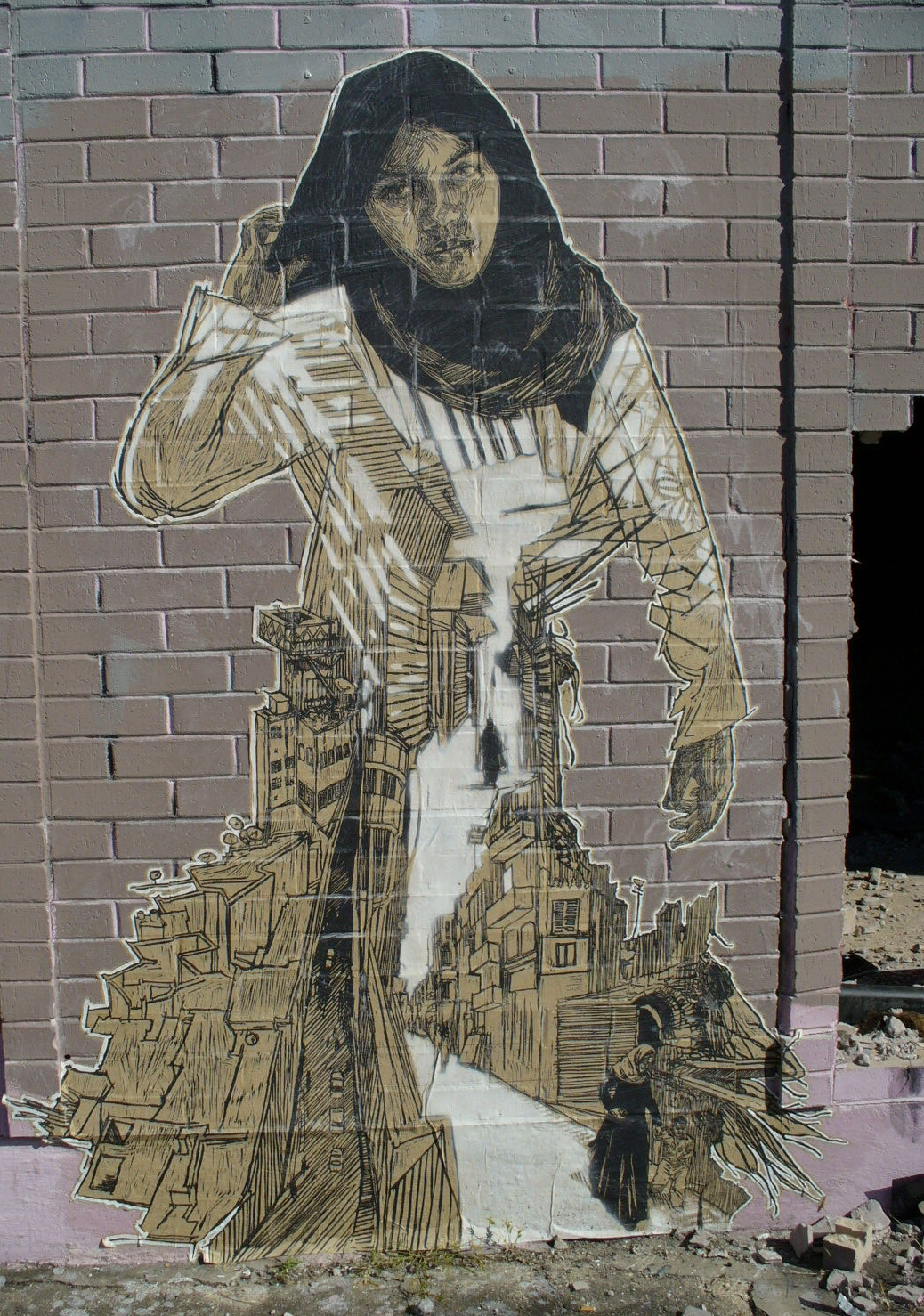 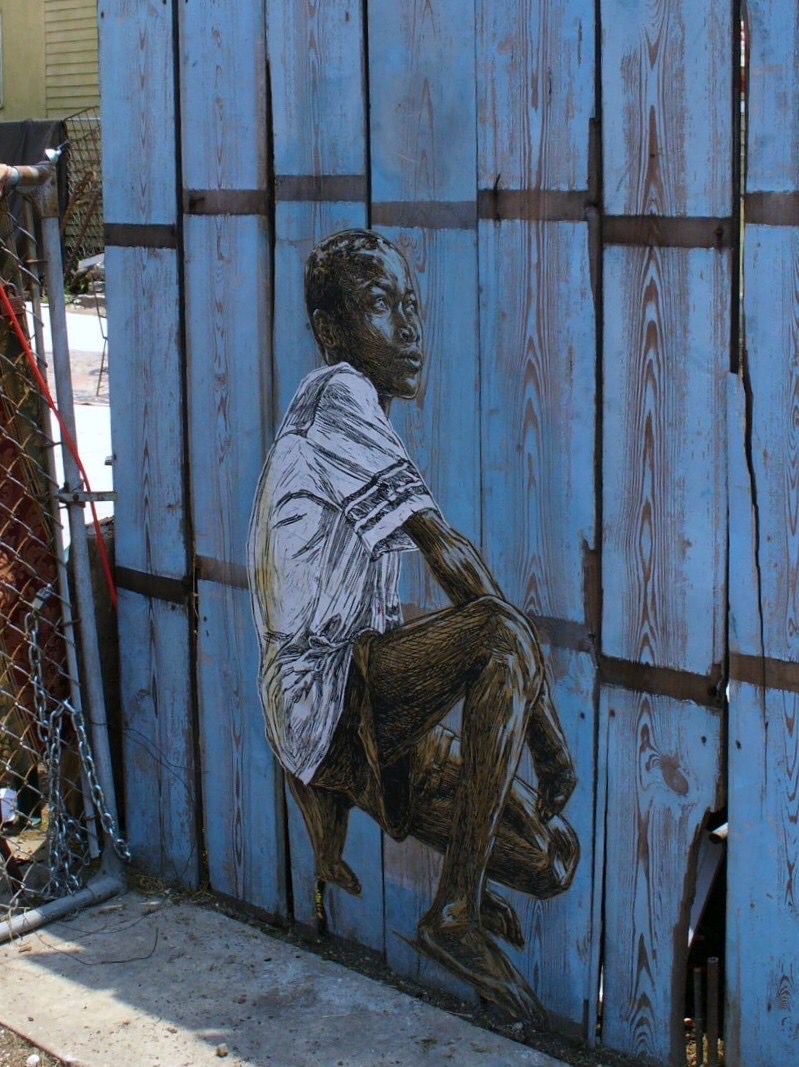 *Artist note: These three original poems are accompanied by my own photographs of street art by Swoon (Caledonia Curry).

Caledonia Curry, known as Swoon, is a contemporary artist and filmmaker recognized around the world for her pioneering vision of public artwork. Through intimate portraits, immersive installations and multi-year community based projects, she has spent over 20 years exploring the depths of human complexity by mobilizing her artwork to fundamentally re-envision the communities we live in toward a more just and equitable world. She is best known as one of the first women Street Artists to gain international recognition in a male-dominated field, pushing the conceptual limits of the genre and paving the way for a generation of women Street Artists. 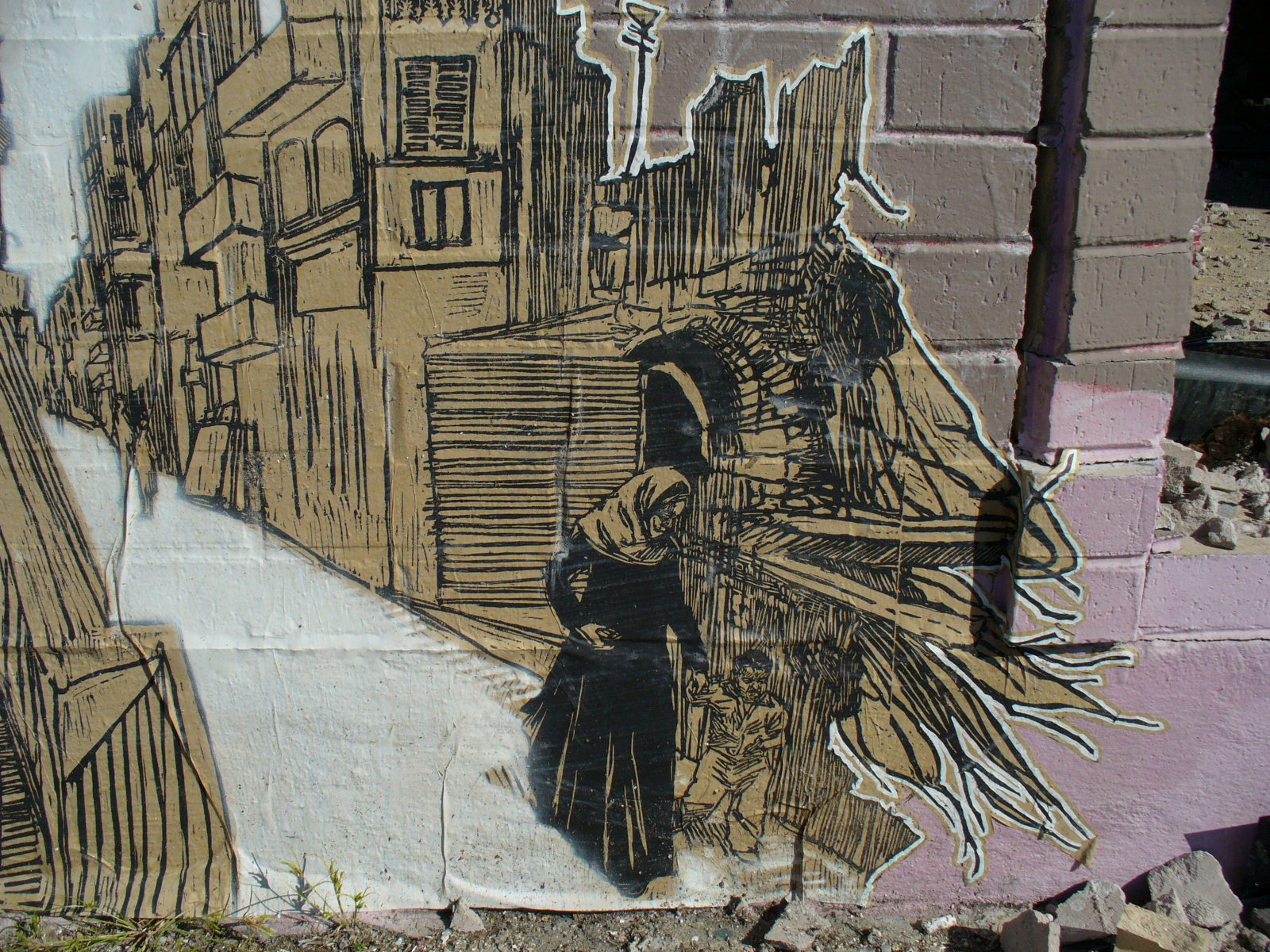 What was your process for creating this work?

These three original poems are accompanied by my own photographs. The photos were taken by me in 2011 of street art by Swoon (Caledonia Curry) that appeared in New Orleans several years ago. Each poem was inspired by the accompanying photograph. (Her website: https://swoonstudio.org/) When I became interested in ekphrastic poetry, I remembered them and thought I’d like to use them for inspiration. I studied the people in the art, their body language, facial expressions, the situations they
appeared to be in and let my imagination wander.

What is the significance of the form/genre you chose for this work?

I’m very interested in ekphrastic poetry. Looking at a piece of art and imagining a story behind the piece is similar to writing fiction, which I also write. But with poetry, I don’t have to worry about plot or character development. I can write with a freer hand, focus on feelings, on a moment in time.

As for photography, in general, I enjoy capturing the beauty and the ordinary in life. They aren’t mutually exclusive!

What is the significance of this work to you?

In “Impermanence” and “Deliverance,” I focused on children in difficult circumstances; children in war, in poverty, in abusive situations. How do they cope? How might they escape, thrive? There is so much of the world where children live with the barest of necessities and I think we in the west rarely think about it. That makes me sad and mad.

In “Illuminance,” I was thinking about the hijab, actually. At the time I photographed this, there was controversy about the hijab in the western world. Feminists were protesting what they perceived as constricting and controlling women while other groups were scare-mongering about terrorists hiding weapons in hijabs and burqas. There were efforts to deny wearing the hijab in schools and other public places which was actually another way of constricting and controlling women. Muslim women started speaking out about their right to wear this traditional head covering, the cultural significance of it. That impressed me. Now, women in hijabs are a part of the social order, nothing out of the ordinary, and not considered a restriction for women at all.

The other photographs are a mixture of Swoon pieces and street art by other artists. They are pieces that captured my attention for various reasons but mainly because I saw poetry in them.

Charlotte Hamrick’s photography has been published in Pithead Chapel, Harpy Hybrid Review, The Citron Review and other fine literary journals. She has recently had prose in New World Writing, JMWW, and Still:The Journal and her Flash Fiction will be included in the Best Small Fictions 2022 anthology. She is Creative Nonfiction Editor for The Citron Review and Features Editor for Reckon Review. She lives in New Orleans with her husband and a menagerie of rescued pets where she sometimes does things other than read and write. Find her at Twitter @Charlotteham504.